Our main facilities are located in Cuevas Bajas (Málaga), in the heart of Andalucía. It is just twenty minutes far from Antequera and Archidona, one hour far from Granada, Málaga and Córdoba, and one hour and a half far from Sevilla and Jaén. This village is also five minutes far from the A-45 highway.

We offer adventure activities throughout Andalucía (check each activity to know where it can be carried out).

OcioAventura Cerro Gordo is located in Cuevas Bajas, privileged location to practice all kinds of adventure sports, in the province of Málaga.

The amazing nature around this place will be the perfect setting to enjoy adventures in the middle of the Mediterranean mounts. Cuevas Bajas’s waterwheel. You will see it from our routes while practicing rafting or hiking.

The municipality of Cuevas Bajas is located in the North border of the region of Antequera. It is located in a small valley where large olive groves can be contemplated from. These, together with the ranching and olive oil industries, constitute the economic base of the place. Its name comes from the numerous caves which existed around it. On the Copper Age, this location was the emplacement of a necropolis made of artificial caves that became the most important cemetery in Spain.

This small size village gathers around a main square where the church called Iglesia de San Juan (18th century) is located, and this is the most interesting monument to visit. The rest of the urban area consists of short and narrow streets, full of houses decorated with barred windows and balconies. Cuevas Bajas still preserves the local tradition based on using reed to make wicker baskets, hampers and bulrush chairs.

The gastronomy is the typical from the whole region of Antequera. You will have the chance to taste typical dishes like “porra fría” (type of cold and thick soup made with tomatoes), and some local ones like “gachas de mosto” (sweet dessert made with grapes), “migas” (rural dish made with hard bread, chorizo and black pudding), “pucheros” (type of typical stew) and “potajes” (vegetable stew). It is also remarkable the artisanal elaboration of a typical drink called “resoli”. This is made with sweet anise and coffee beans mixed with aromatic herb and the most important and exclusive product, the purple carrot (locally called “zanahoria morá”). This strange kind of carrot is only cultivated in Cuevas Bajas since more than 1300 years ago and it has been inherited from father to son. It is full of aphrodisiac properties, rich in carotene and anticarcinogenic. Finally, you will enjoy the patronal feasts of the village in honour of San Juan (St. John); a whole cultural week which finishes with the celebration of a wonderful religious pilgrimage. Other interesting festivities are the Candlemas Day, the fair of August (typical Spanish feria), the celebration of the purple carrot’s day (día de la zanahoria morá), etc. 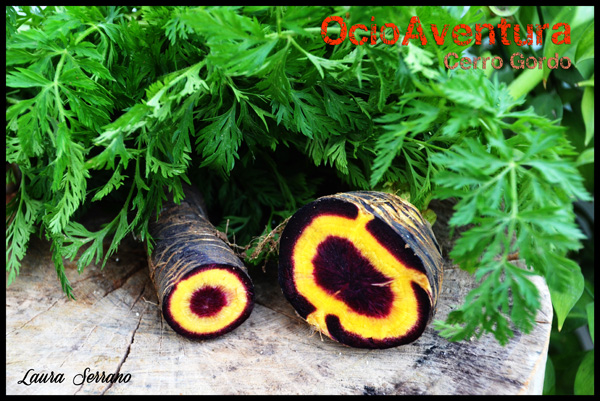 Cuevas Bajas is located in the North of Málaga.

The bordering villages are:

Cuevas Bajas is formed by three population nucleus: the village itself and the hamlets of Cedrón and Moheda, with Jewish origin, the first occupants of our village.

The main water resources of the village are Río Genil and Arroyo Burriana; they are the main connectors of all the river channels of the municipality. The water of the Río Genil (river) comes from Pantano de Iznájar (Iznájar’s reservoir), and this regulates the water level, which makes possible to enjoy a lot of water sports on summer.

Tourism – What should I visit?